Simon Hutchinson, head of Hutch SUP Wear, decided a different location was in order for his recent paddling trip. After a period of procrastination Simon and travelling buddies hit upon the idea of getting gone to Sicily. Here Simon describes what he found during his visit to capo dei capi’s home turf.

Sicily isn’t usually noted as a classic SUP location (yet), but it should definitely be up there on the shortlist. It’s only two hours away from the UK and on the same latitude as North Africa and Greece and is a great option if you are looking for an early season SUP trip to blow off the cobwebs and get in some warm weather training for the race season. (Or at the very least chill out and do some SUP cruising).

Sicily hasn’t always had the best of reputations – the Godfather films may have played a part in this – but the friendly people, gentle climate and the sheer variety of coastline to explore, puts it out front as an easy to get to, warm and fascinating place particularly if you are planning a week on the board during the off season.

Chasing the last rays of European summer, we flew over in late October as a family group to spend some time on the water. Thanks to a generous sized swimming pool we were able to give the family a SUP 101 introduction before getting onto the water properly.

Sicily is a great location at any time of the year, the average monthly temperature only dips below 18 degrees from December to March, which means that even in the depths of winter you never need more than a summer wettie.

Getting there is a breeze. We flew with Norwegian Airlines from Gatwick, but all your usual budget choices fly direct from various UK and Irish airports throughout the year. With a small surcharge you can bring your iSUP and 3‑piece paddle but there are some good SUP hire opportunities right across the island. 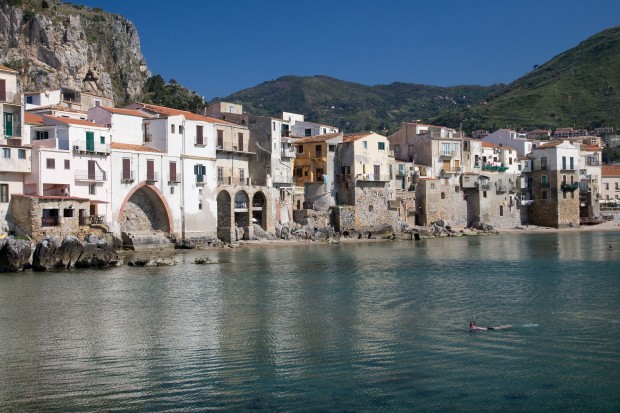 We were staying in a villa near Catania, high on a hillside on the south east coast of the island. We set out on trips to find the best spots for hitting the water each day.

The highlights of Sicily can only really be appreciated by getting out and exploring the incredible coastline of this volcanic island. From its white sandy beaches which look like they belong on a Pacific island to ancient castles and ports built to deter the many invaders of the island, there is constantly something to check out from your SUP.

We launched from beaches varying from fine sand to marble pebbles to black lava stone. We mostly experienced gentle swells during our time there, perfect for getting paddle time fitness under our belts.

Sicily is generally known as a windsurf destination and although there are some good surf spots (we hopped on some nice sets in Catania) SUP is pretty new, so expect plenty of interest in what you are doing.

It’s not all about getting wet. No visit to Sicily would be complete without a trip to the interior of the island with a drive and a hike or a cable car up Mount Etna, one of Europe’s biggest and most active volcanos. Over the winter months it’s also a popular ski resort so it’s perfectly possible to snowboard (or ski) and SUP on the same day.

If you ever find that paddling by the base of an active volcano gets boring and you need a change in scenery, then the low hassle transport option is to hire a car and travel the road which rings the 1,000 km coastline of the island and connects all its major towns and resorts. From here you can pick and choose where to get on the water and explore the abundant sandy beaches, spectacular rocky coastlines, idyllic villages perched by the sea and multiple nature reserves. Sicilian driving can be a little hairy even by Italian standards, but once you leave the metropolitan areas most main roads are clear, easy and very good quality. 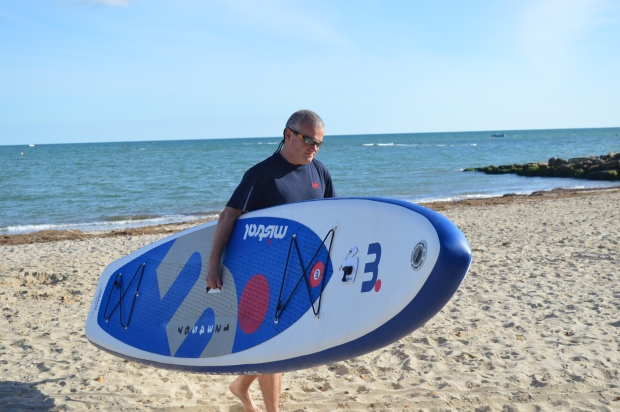 The Sicilians love their food and there are plenty of places to refuel after a long day on the water. From exotic seafood to Sicilian pizza, as you travel round the island you’ll see that even on this island there is a regional food tradition depending on where you are on the island. Most Sicilian pizza has a deep bready base, (and if you need an excuse) it is ideal for carb loading for the next day’s expedition.

Weather, food and scenery means that Sicily comes highly recommended as a destination for SUP and we found that one week was simply not enough to soak up all the vibes of this fascinating island. 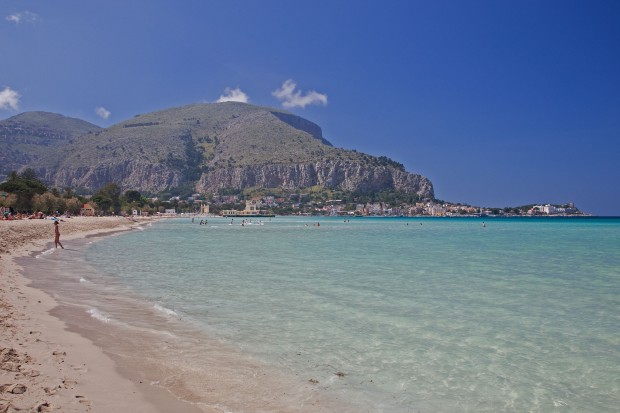 A stunning SUP location, this beach is surrounded by the Zingaro Nature reserve which is home to turtles and with the beauty of spectacular mountains as backdrop, you could think that you were launching from an unspoilt Caribbean beach. Hire your SUP from Marcello at SUP Center St Vito – SUPrising

Close to the eastern city of Syracuse this 3km beach is part developed and part wild, but importantly hires boards if you haven’t brought one yourself. It is made up of fine white sand and the water is turquoise blue and is usually in the shortlist for the islands most beautiful beaches.

This area is known for its brilliant white cliffs sandwiched between blue sea and blue sky and is one of Sicily’s most famous landmarks.

As you can see we adored Sicily. Why not check it out for yourself… 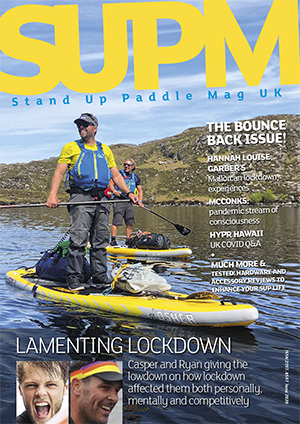