Phil May was, for a time, a regular on the south coast’s SUP scene. Then PM and family got gone further north to pastures new. Since the Mays’ relocation things have gone from strength to strength in terms of Phil’s stand up paddling exploits. Here’s what’s been occurring.

Having been a Bracklesham (Witterings) local for years you upped sticks and moved where again?

I’ve moved to Lincolnshire. A town called Boston! Famous for a few things – mostly for being the place where the Pilgrim Fathers were imprisoned before heading off to found America! Most recently though the place is famous for being the most pro-Brexit town in England.

I moved back north as it’s where I’m from originally. I had been on the south coast for 6yrs and it was tough being away from family with no support. I got offered a job back up here that made sense career wise and financially so it made it a no-brainer. 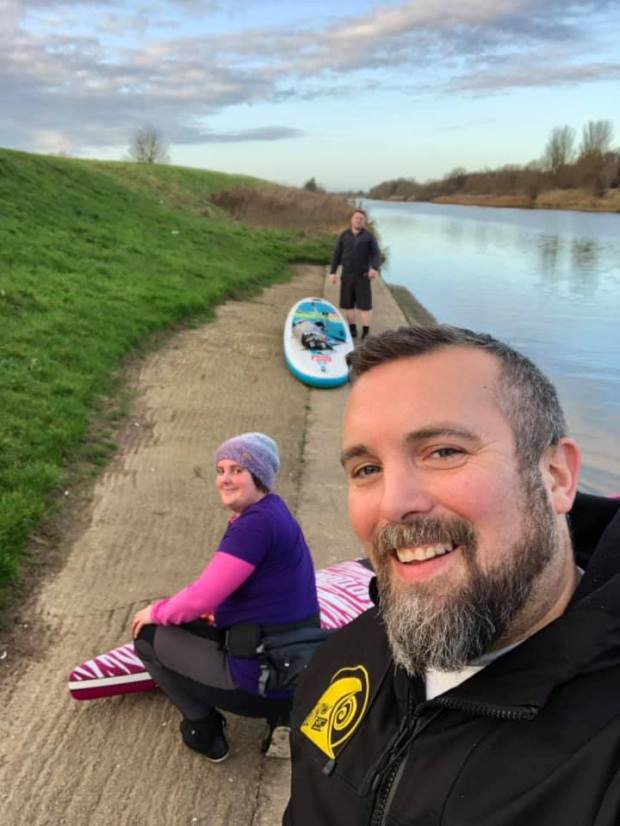 Tell us about the SUP scene around your new base?

It’s very hidden away. I have found there are little pockets of paddlers here and there but nothing really tying them together. There was also a distinct lack of schools around here.

What’s your area like in general for actual paddling?

It’s ace! There are miles and miles of waterways all across Lincolnshire that are virtually unused. All ripe for exploring. Plus if you want sea paddles and surfing you have the East Coast right on your doorstep with Sunny Skeggy only 30mins away.

And Yellowbelly SUP – you started your own school. Tell us about that.

I had a chance to do my ASI qualification in 2017 and Yellowbelly came after that. I want to create a group of friendly paddlers for me to paddle with. The only way to do that has been to teach more people and build it from the ground up.

What are you doing to grow the scene, besides owning a SUP school?

I’m just generally promoting the sport. Trying to get involved in as much as I can. Trying to be a force for good in the sport. I got involved with the East Coast Watersports Festival and managed to grab some limelight on the local TV news. 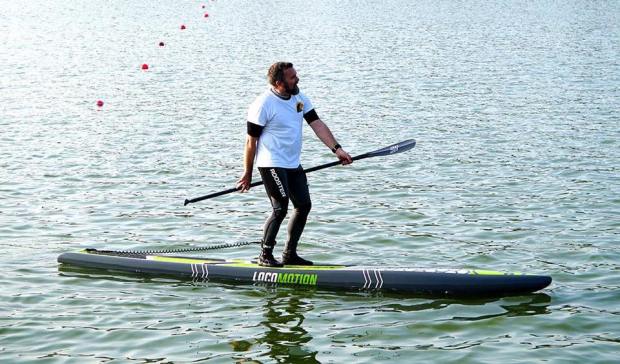 We know you love a surf fix so how are scratching this itch? How far from the coast are you? Managing to get a wave or two at all?

I’m about 30-40mins from Skeggy and I’ve identified a couple of cheeky sandbars that work for me. Also further up the coast at Mablethorpe I’m getting used to the conditions so have been getting winter waves up there. It’s never crowded and I’m usually the only SUP out there. It’s amazing!

How come you didn’t do similar down on the south coast?

The south coast is full of SUP schools and people who know about the sport. That isn’t the case up here. I didn’t need to teach the sport down there. Up here it’s new ground. It’s fun showing people what the sport is and then teaching them how to do it.

Getting many punters wanting to try SUP?

Yeah it’s going well. A lot of them have seen me out and about on the board or have seen it on holidays and want to have a proper lesson. 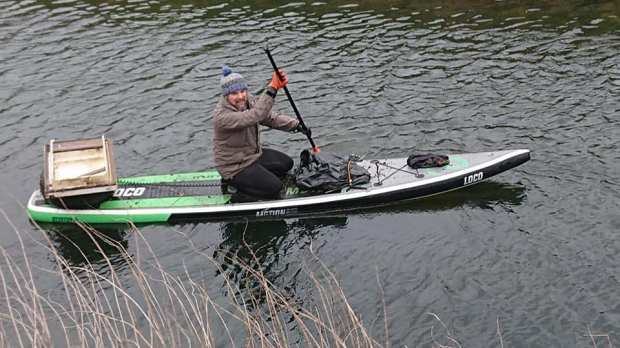 How are you balancing this with your day job?

I had a 3 month break from work and used it to run the school full time. Sadly though it wasn’t quite at the point of paying the bills so I’ve gone back to full time work. Obviously with this happening the school has kicked off. So now I’m teaching 3 nights a week from 6-9pm. With the possibility of some weekends too.

And what of racing? You used to do a bit – still got the urge? Recent events?

Yeah I’m still racing. I’ve done 3 out of the 5 GB SUP races this year. My favourite was the Windermere event. It helped that I had just taken delivery of my stealthy new 14’ Loco Motion Prototype. It’s a board that I’ve had a hand in designing alongside Stu from VE Paddles and Joey T from Loco.

We spotted your son on the podium. Give us the full proud dad goss.

It’s the first time he’s shown a keenness for racing. He asked that morning if he could race so we all just went with it. He raced on my 8’11 against girls of 13 and 16 and he was amazing! So proud of him. He doesn’t paddle loads and for him to want to race like that was out of the blue. We had a bit of an emotional outburst after the race but once he realised everyone cheering from the bank was cheering for him he soon came round.

Reckon he’ll stick with it?

He’s already been asking if he can paddle more! We just missed the kid’s races at BaySUP otherwise he would’ve been in those too. 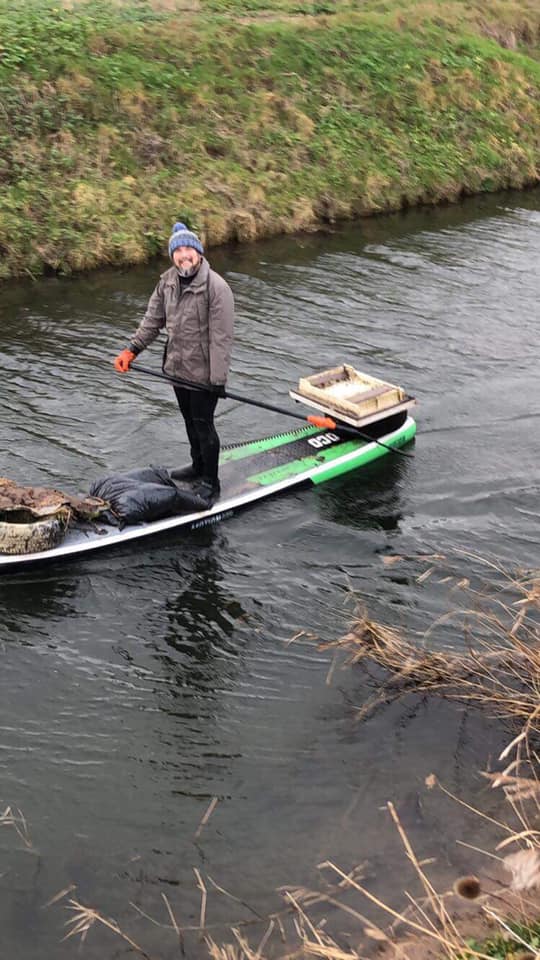 Recently we also caught your radio interview. How did that get picked up?

A friend of mine has a contact at the local radio station. He linked us up and I got a chance to go on the Endeavour FM breakfast show! I was expecting a quick 5-10mins to explain what I was up to but the host Dylan was amazing and we kept chatting for over an hour.

Enjoy being on the wireless?

Was the YB bat phone ringing off the hook post radio appearance?

I had a massive bump in social media following but not a huge uptake in lessons. I’m not too worried though as I feel I am overcoming two things in my local area. 1- what the hell is SUP? and 2 – why would I want to do it? The radio interview helped a lot.

No plans currently but I really enjoy being a positive voice in the sport. I also feel that I have an enthusiasm for it that comes through when I talk and discuss what is going on. For now just a few more Facebook Live videos and some thought provoking posts. Who knows what the future will bring though! 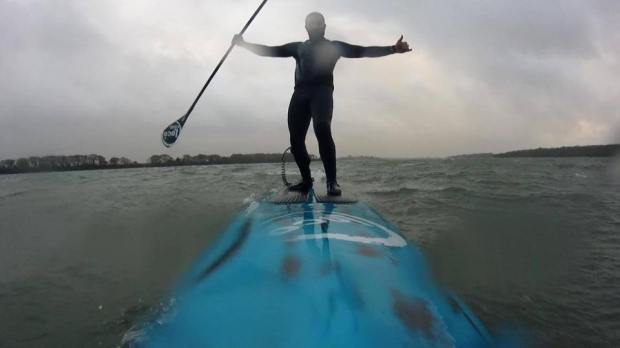 Just back to location for a sec and is that it as far as moves go? No plans to head elsewhere again?

No current plans to move. It’s nice having babysitters and I’m loving spreading the SUP bug. Like I said before though: never say never!

Biggest plans for 2018 are just to keep building the school and the buzz around the sport in Lincolnshire.

Biggest thanks goes to Mrs Yellowbelly and Yellowbelly Jnr. They’ve supported my whole crazy scheme and allowed me the opportunity to follow my passion. Shouts also to Team Barnes. They’ve been my biggest cheerleaders with the school and loyalty like that is super important when setting up a small local business. Thanks to my sponsors Loco, VE Paddles, RS Pro and Rooster Kit. 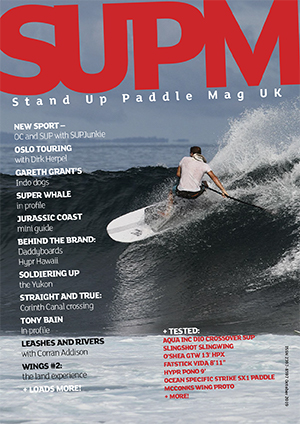 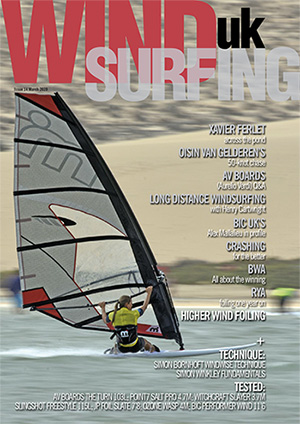